Mars is cruel has blood red eyes, is ill mannered yet generous, is bilious (pitta) in constitution, is prone to anger and possesses a thin waist and body. 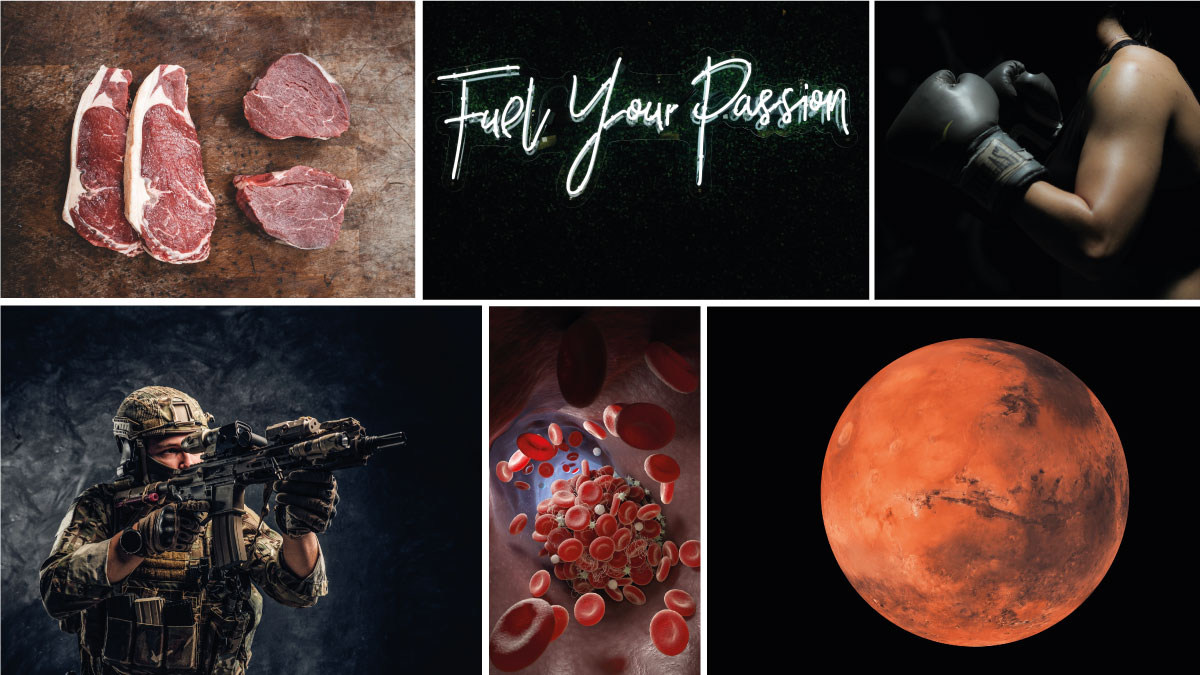 Mars is fire. He is hot and heated like the sun, he is a planet of energy and passion. The strength of Mars enables us to project both ourselves and our emotions into the world with vigour and excitement. He represents our desires and gives us the vitality and stamina to bring them to fruition.

Mars represents courage and strength. Fireman, policemen and soldiers, people who use sharp objects and weapons, like butchers, and surgeons are likely to have mars feature strongly in their birth charts.

Mars can represent violence, war and enemies. He is the warrior planet, known as the god of war. He is willful and harsh, yet motivated, determined and confident. Without the passion of Mars, we would never follow through with our dreams or accomplish our goals. Mars represents discipline, the motivation to train, the decisiveness to be a good soldier, a good athlete, and the ability to hold down a spiritual practice. Mars refines our skills and enables us to focus on our capabilities.

Those with a strong Mars make great problem solvers like engineers or technicians.

Mars people do not like their lives to be straight forward, they and are not satisfied with easy achievements, The challenge is what makes them feel accomplished.

Mars rules the blood, muscles, the chest and gall bladder and enzymes, the parts of the body that use heat to function.

Hot, pungent and red foods like chilli, mustard, red meat, red lentils and hard liquor all fall under his domain.

Mars rules the south and most things that are red in colour, including red flowers and copper.

A well-placed Mars gives independence, initiative, a strong sense of right from wrong and a logical mind. Even though mars is a militant planet and can be outspoken, harsh and forceful at times, he is generous, open-hearted with great initiative.

A weak Mars can amplify his adverse effects, making a person extremely angry, violently irritable and causing excessive heat in the body. If poorly placed, Mars will cause a lack of interest in life, with little direction or enthusiasm.  When determining our fulfilment in life, Mars is a crucial player. Learning to relate to mars and all that he represents is an essential part of achieving your goals along with letting go of your attachments.

Even though he is classed as a malefic planet, like all of the planets, Mars is essentially a divine influence , with characteristics that cause difficulty. His teachings are all in learning to deal with the negative aspects he represents in order to reap the benefits of the complimentary gifts he bestows.

So on a Tuesday, call your siblings to tell them you love them. Eat Iron-rich foods like red Lentils, drink pomegranate juice to cleanse and cool the blood and make a list of your passions, be brave and start making them happen!

Mars is at the root of all attachment in life, and learning to deal with attachments and desires is what life is all about!

~ James Kelleher – The path of life.